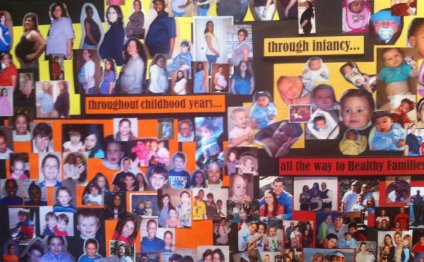 Being a parent to an infant is such a rewarding experience, albeit a trying one. One week you get the baby sleeping through the night, then the next week they hardly sleep a wink. I found myself in the same position with an eight-month-old baby. She was making life miserable so, out of desperation, I took her to the Chiropractor.

My daughter, Elliana, had been to the Chiropractor at three months and the simple, painless adjustment helped my little one with her symptoms of acid reflux, thus helping her sleep through the night. Then at eight months, sleeping became non-existent as my daughter was on the brink of huge developmental milestones, such as crawling, the arrival of her teeth, and learning to pull herself up. Of course with most babies, when they aren’t getting a good night’s sleep, it usually means they are cranky and fussy all day long.

The Chiropractor gently checked her, and said that she was misaligned on her right side. He then did a few gentle manipulations. As soon as we got home, she had a great nap and woke up refreshed and happier. I don’t think it is a coincidence that she was finally able to crawl and pull herself up a few days later, either. I think having the adjustment made moving a little bit easier for her to figure out.

I also credit the Chiropractic adjustment for helping her through her first bout of illness. About a week after the adjustment, we both caught a virus going around. While it hit her body pretty hard, she was still happy and calm throughout the sickness. I believe Chiropractic care helped her nervous system and immune system fight off the sickness faster and without the complications.

Is Chiropractic Care Safe for Babies?

Dr. Tammy Portolese of Portolese Family Chiropractic says, "When there is a misalignment of the spine, the nerves that flow out to all of the organs are compromised, so when we do an adjustment we're simply taking pressure, nerve stress, off the spine, so the body can express itself." She says that the pressure used on a baby is equivalent to the pressure one uses to check a tomato for ripeness. Chiropractic care has also proven to be safer and more effective than prescription medications and antibiotics.

Will My Baby Cry During a Chiropractic Adjustment?

This really depends on the baby and the age of the baby. Elliana did not cry when she received an adjustment at three months, but she cried at the eight month one. However, babies that do cry during an adjustment are not crying out of pain. Instead, it is usually out of fear from something new happening or the fact that a stranger is touching them.

What are the Benefits of Chiropractic Care for Infants?

Regular Chiropractic care can help relieve the following in babies:

Benefits of Chiropractic care for pregnant women and infants. 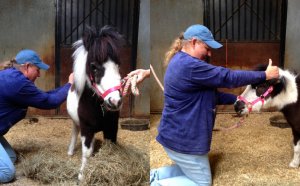 Doctors, worldwide, certified in animal chiropractic by the American Veterinary Chiropractic Association :: :: What is Animal… 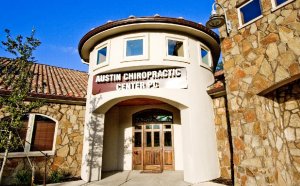 Quality Care With Integrity is much more than a slogan with usit is our core foundation. In fact, we are absolutely and…