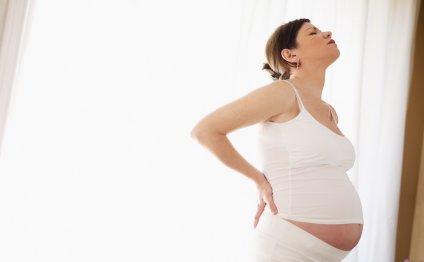 DENVER - I covered this story as I do all stories, as a journalist: fair, unbiased, presenting both sides.

But just know that I am a mom, whose newborn spent the first four months a miserable mess. We tried everything and nothing helped. We were sleep deprived and at wits end. Until someone turned us onto an idea that is growing in popularity. A chiropractor for babies.

When you think of chiropractors, you think of cracking and twisting and adults. But more and more parents are turning to chiropractors for babies suffering from everything from colic, to digestive problems, to ear infections. We took a look at this age old practice that is an alternative for parents.

What's wrong with the baby?

There is nothing more heartbreaking or frustrating as a parent than not being able to figure out what is wrong with your baby. Denver mom, Suzanne Shaw said, “It was horrifying experience as a parent ... and exhausting and tiring and you felt so sad because you didn’t know what you could do to help him so it was just heartbreaking to see your kid on that much pain.”

Her son, Michael had a double ear infection when he was 2 years old.

Three rounds of medication didn’t work and Suzanne was at the end of her rope. She said, “I’m like I will try anything at this point, wits end, he was in excruciating pain not good for a two-year-old.”

At first, she thought the idea of a chiropractor for such a young child was crazy, but she gave it a try. After just two adjustments, green and yellow ooze came out of Michael’s ear.

She said it was the infection coming out of his body. “Sure enough, off all the meds, fever was gone, no more crying ... back to be normal 2-year-old.” And Michael remembers the adjustment was quick and painless. He said, “He like puts this thing on your spine, clicks it. When he starts to push it, it goes like dut dut dut dut.”

Some parents don’t wait for a medical problem. Anicka Coradyn Olsen has been bringing her baby girl to see Dr. Greg Mortimer since she was a newborn.

Olsen said, “I just wanted to start off on the right foot. I think it is such a benefit and it is so encouraging for a parent’s heart. When you know your child is fussy or upset or colicky and you can come and do something that isn’t medicine or giving her something and she feels better.”

Dr. Greg has been in practice for 22 years. He treats everyone from professional athletes to kids and even babies.

Dr. Greg said, “They are so cute, and they don’t whine as much as their parents. They just say I want to feel better ... and I know I can help them.” The whole process is extremely gentle. He said, “It’s like giving them a hug, not even that hard a hug.”

As parents of a colicky, fussy, inconsolable and miserable baby, we finally decided to take our 4-month-old baby girl to see Dr. Greg.

He noticed right away that she was able to look all the way over her right shoulder, but she was not able to turn her head to the left. After the first adjustment, our baby girl was much more flexible, less fussy and we noticed she started sleeping better. Dr. Greg said, “Now she can move her head right and left equally ... she has so much less tension in her body.”

But Dr. Greg warns this isn’t to help babies sleep better, but he believes if he can make them more comfortable, better sleep may be a result. He said, “It’s to take stress out of her little body. So her body works better. So her body will normalize.”

But not everyone agrees this is the right way to treat babies.

Dr. Steven Perry with Cherry Creek Pediatrics is on the board of the Colorado Chapter of the American Academy of Pediatrics.

He said, “The problem is a lot of it is anecdotal. There’s not a lot of evidence.” And Dr. Perry says one of his main concerns is misdiagnosis or delayed diagnosis with a child being treated by a chiropractor instead of a pediatrician.

Chiropractic care on a baby with Dr. Leila Coulter 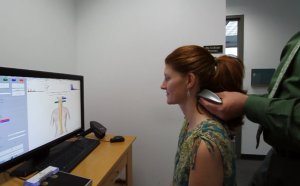 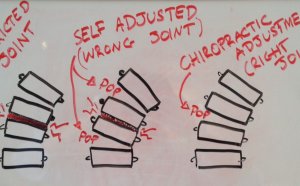 Neck pain is very common, with considerable socioeconomic consequences. Although some therapies appear promising, there are…