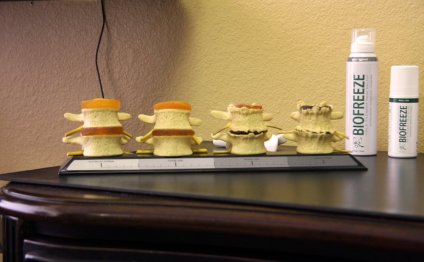 Dr. Block is certified in Acupuncture and holds a Fellowship and Diplomate degree from the AACA. He has over ten years of experience and specializes in multiple chiropractic techniques, such as Gonstead, Diversified, Activator, Thompson, SOT, and Upper Cervical as well as soft tissue work and extremity adjustments.

Dr. Block is a member of the Edmond, Midwest City, and Oklahoma City Chamber of Commerce and has been awarded the prestigious Five Star Quality Service Award from Integrity Management for excellence in patient care, customer service and professionalism.

Dr. Block and his wife Janna have three children and reside in Edmond, Ok. 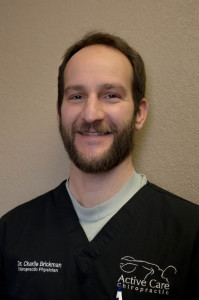 Dr. Charlie Brickman is originally from Watonga, OK. He earned his Bachelor Degree in Health Promotions from Oklahoma State University. He then obtained his Doctor of Chiropractic Degree from Parker University. He focuses on Diversified, Thompson and Flexion/distraction chiropractic techniques. Dr. Brickman is also certified in injectable nutrients.

Before completing his undergraduate degree, he shadowed a Doctor of Chiropractic for a month internship. Before beginning the internship, he knew nothing of chiropractic, but by the first week, he had made the decision to pursue a career in chiropractic care. Not only were patients truly happy to be there but they saw immediate positive results every day.

Dr. Valadez is certified in clinical Neurology, injectable nutrients and has over 100 hours in clinical nutrition.

He chose Chiropractic because it gives people a healthier/less invasive option to relieve pain than medication and surgery. He also enjoys being part of the very large and still growing health and wellness field. Awareness is growing that health decisions made today will greatly impact the future. He enjoys being a positive part of that journey with his patients.

Dr. Valadez, his wife Erin, and their three children enjoy being active. Being from Utah, the Valadez family enjoy mountain activities. Dr. Valadez is a big sports fan, a huge Thunder fan and enjoys playing basketball.

Dr. Tyler Comer joined Active Care after practicing chiropractic in Portugal, Utah, and California. He is originally from St. George, Utah and completed his undergraduate degree from Dixie State University. He obtained his Doctor of Chiropractic degree from Parker University.

Dr. Comer was introduced to chiropractic at the age of 12 after suffering a basketball injury to his lower cervical spine. His father took him to see the local Chiropractor and he remembered how much better he felt immediately following the first treatment. Since that time, chiropractic became an important part of his recovery and prevention protocol throughout his high school sports career. Now after 9 years of practice, he has had the privilege of helping other athletes, moms, dads, business professionals and others return to their respective fields to perform at high levels.

Dr. Bryan Hicks is a native of Weatherford, Oklahoma. He completed his undergraduate requirements at Southwestern Oklahoma State University and University of Central Oklahoma. He obtained his Doctor of Chiropractic degree from Parker University in Dallas, Texas.

Before completing his undergraduate requirements, he worked as a chiropractic assistant for eight years which led him to pursuing a career as a Chiropractor. 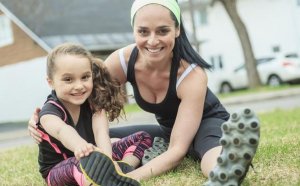 Does Acupuncture help back pain

Nearly 8 out of every 10 people will have low at some point in life. is one of the top reasons people seek medical treatment…