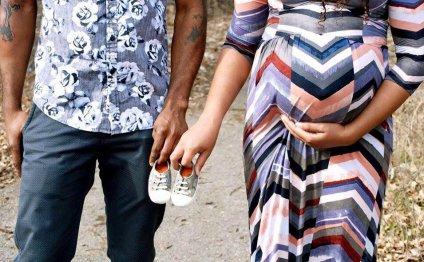 Can Acupuncture help get pregnant?

Can an acupuncture prick help women get pregnant? The technique seems to have only limited success when used complementarily with in vitro fertilization (IVF), according to a new international study.

IVF procedures involve fertilizing a woman's eggs with sperm in a laboratory, and then implanting a viable embryo in a woman's uterus. Acupuncture, yoga and hypnosis are common complementary therapies for IVF, and are done with the aim of improving the chances of a successful pregnancy.

In a review of 16 independent studies involving more than 4, 000 women, the researchers found that acupuncture had no benefit for patients who had visited IVF clinics with a history of higher-than-average pregnancy success rates. Acupuncture did increase the pregnancy rate, however, for patients at below-average IVF clinics.

"The lower the baseline pregnancy rate at the clinic, the more adjuvant acupuncture seemed to increase the pregnancy rate, " said Dr. Eric Manheimer, lead author and research associate at the University of Maryland Center for Integrative Medicine.

The study, published online June 27 in the journal Human Reproduction Update, adds more varied results for the use of acupuncture in conjunction with IVF, which has seen mostly mixed outcomes since it was first studied about two decades ago.

Although IVF has been available for more than 30 years, pregnancy success rates remain low — about 35 percent for U.S. women ages 35 to 40, and about 20 percent for those ages 40 and older, according to the Centers for Disease Control and Prevention. The cost is typically more than $10, 000 per attempt.

However, there has been no significant evidence that acupuncture helps women get pregnant when used in conjunction with IVF, nor is there agreement among doctors about why it would work.

According to traditional Chinese medicine, the human body has a life force, or energy called chi, which travels through the body along meridians. In this tradition, acupuncture needles stimulate certain points below the skin to help unblock and regulate the flow of chi and, thus, aid in healing.

Chinese culture has used acupuncture for thousands of years to improve fertility. Acupuncture proponents claim the female body has various points related to fertility, mostly associated with the kidney, liver and heart.

Most Western doctors don't subscribe to the notion of meridians and chi. Indeed, the medical literature is rife with letters to the editor calling the practice of acupuncture with IVF ridiculous and frivolous.

Some doctors, however, have hypothesized that acupuncture may reduce stress and increase blood flow to the uterus, which could, in turn, increase the chances of getting pregnant.

3 Effective Steps You Can Take to Help You Get Pregnant

This Wearable Can Help You Get Pregnant