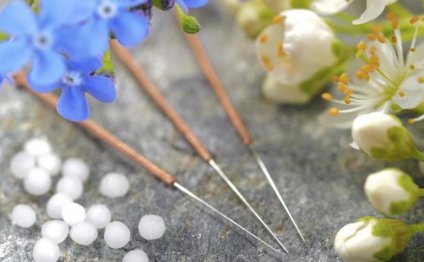 In light of this, you may need to think outside the box to get your psoriasis flares under control. That’s where acupuncture comes in.

Acupuncture as Alternative Medicine for Psoriasis

Scientific evidence about the effectiveness of acupuncture as a treatment for psoriasis is mixed. One frequently cited study from UCLA found that it cleared flares completely in half the people who tried it and significantly improved symptoms in an additional 25 percent of patients. Another study from Sweden, however, found that people who received active (intramuscular) acupuncture fared no better than people who received a placebo. But that study is 15 years old, and its results don’t automatically mean that acupuncture has no merit.

"The problem is that a 3, 000-year-old Chinese medical practice does not fit well into the Western clinical trial model, " says Jamie Starkey, LAc, the lead acupuncturist at the Center for Integrative Medicine at the Cleveland Clinic's Wellness Institute. Controlled trials — which generally use “sham” acupuncture (random needle placement) as the so-called placebo — are difficult to carry out and somewhat controversial, as some experts think limited funds are better spent elsewhere.

Still, many patients say it’s worth a shot. Psoriasis discussion forums and blog posts are crowded with comments from people who claim they’ve tried it and seen significant improvements — or, in some cases, complete psoriasis remission. And even some doctors and specialists say it may help. "We know that psoriasis is caused by an autoimmune disease, but we also know that it is triggered by stress, ” says Dr. Tung. “Acupuncture may work quite well to reduce stress. I have seen it work well for many chronic diseases, and I would have no objection to trying it along with other psoriasis treatments."

"I don't treat many patients specifically for psoriasis, " Starkey admits, "but psoriasis affects the whole body, and Chinese medicine is a whole-person treatment, so there is no reason it would not be a good fit." Here are some other reasons to consider trying it:

Bottom line? When it comes to a 3, 000-year-old alternative medicine treatment like acupuncture, you may have to use your own judgment to decide whether it’s right for you. More research is needed to confirm its benefits, but double-blind controlled studies are difficult to come by, so you may have to rely on other patients’ testimonies or expert opinion. A little extra chi may be just what you need — but talk with your doctor first so that he or she remains aware of all facets of your treatment plan.

Brain Balance Therapy & How It Can Help Peripheral ...

Peripheral Neuropathy Tips on what can help

How Can A Proper Diet Help My Peripheral Neuropathy? | Dr ...