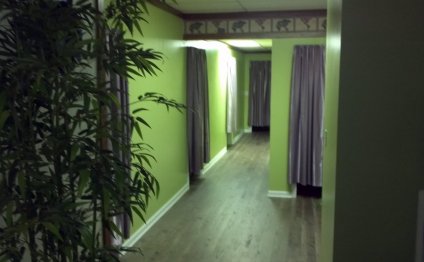 Not feeling so well, I headed home from work early today. I couldn’t get into the garage when I got there. Why? The police were blocking it with a paddy wagon, loading a couple asian women in the back.

Let me go back a few weeks . . . I share an alley way with several houses and businesses along a major street in Indianapolis (the alley is on my side yard and the back yard for the houses on the main road). One house has been empty since I moved in last September. It always had signs saying “office space for rent, ” so I always assumed some business would lease the building. I was just hoping that if a business came, that they would have the alley plowed in the winter (no businesses came during the record snowfall and my car did get stuck). But, approximately a month ago, renovations began. I saw sheets of drywall, 2×4′s, and other building material flooding the building. I was glad to see someone would be using it.

Then, I came home one night and the sign was up “##### Massages.” I was less than enthusiastic. I was hoping that the business wouldn’t last that long. However, their business was thriving. Cars all day and night. The flashing neon open sign was still flashing every night when I went to bed at 11pm. It was easy to tell what was happening. Cars were blocking the alley and driving me nuts.

So when I came home today, I already knew the story. And I can’t lie, I was glad to see the business go. But the other side of me that loves freedom keeps screaming in my head. Do the police really think that arresting these two women and taking their money will end the world’s oldest profession? Do they even think it will stop these two women in particular? I’m certain it won’t.

While I didn’t like this business being in my backyard, I’m even more concerned with the idea this is what they are spending my tax dollars on and this this is how they are restriction more freedoms. This is a waste of taxpayer money. Further it is the real war women that democrats won’t talk about. “My body, my choice” should mean more to liberal women that killing babies. I don’t have to like prostitution, but even when it take s my own neighborhood down a notch, I will fight for its existence.

I keep hearing on the radio and on tv that the city is experiencing a large murder epidemic. I’m sure glad they devoted undercover resources to raiding massage parlors that were making people happy (I guess a little too happy in their eyes). Maybe they just need more funding! Disgraceful.

As a side note to all of this, the WTHR article and news story bothers me almost as much on two different fronts. First, Steve Jefferson rode along with police. I’m really not a fan of the media being in bed with the police department. I also watched their cameraman as they were being frisked while being put into the truck. He took shots unrestricted and incredibly up close (including of the lower regions) during the pat down. I found them to be highly unprofessional. (Thankfully the lower shots didn’t make it on air).

Second, WTHR points to my neighbors opposition in leading to this shakedown. Even interviewing a neighbor who applauds the police action. I’m disappointed in my neighbors. “I don’t like it, so let’s call the police.” It’s all too common of an argument in today’s society. I might be disappointed, but I’m certainly not surprised. I personally didn’t like it, I even hoped their business would fail, but I never would have called the police. 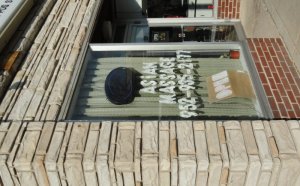 Lyn Lake Chiropracticrunforfun123 ratedKnee Pain Gone I had this pain in my knees from running more than 2-3 miles. Went… 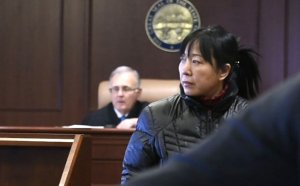 Two women charged in 2014 after the raid of a Fairfield Twp. spa have pleaded guilty to misdemeanor charges, avoiding a trial…