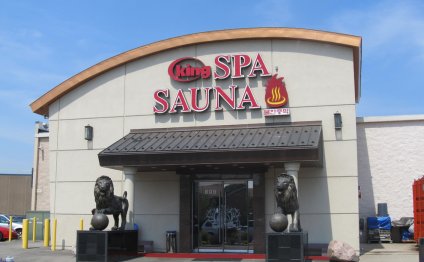 I’m no spa devotee—someone getting all up in my business with a jasmine-scented loofah doesn’t exactly entice me. But then there’s King Spa & Sauna, which has been described to me as “Las Vegas and Seoul and movie time and dining and naked Russian-speaking strangers and mammoth blingy gemstones and napping all rolled into one.” Well, obviously, this I had to see for myself.

So on a recent weekday morning, my wife and I set out to explore the gargantuan 34, 000-square-foot facility sandwiched between Home Depot and the warehouse-size Korean grocery store Super H Mart in a mall plaza in suburban Niles. For those not in the know, here are some fun facts about King Spa: The one in Niles has been open since 2010 and touts itself as the “largest Asian sauna in America”; the other one is in Dallas, that hot spot of progressive healing theory.

We stepped into the ornate marble lobby, and the cheerful hostess explained that access to the spa for the day costs a reasonable $30—for just $5 extra, you can stay overnight. Top that, Hyatt—and, hey, the place never closes! Once inside the men’s locker room, I quickly learned the drill: First you remove your clothing. All of it. (The bashful best stay far, far away.) Then you don a standard-issue loose-fitting cotton two-piece outfit that looks like a PE uniform for adults—in fetching Chicago-sky-in-February gray for men and forlorn faded pink for the ladies.

In the communal lounge, I felt as though I had been recruited into a strange sexless cult, dressed identically as we all were and in the least attractive way possible. There were no beautiful people swanning around in organic bamboo robes and adorable terry-cloth slippers. Instead, elderly men and women—most Korean, some Russian, and a few of indeterminate European origin—sat stone still and read magazines or watched Channel 5 (thoughtfully dubbed into Korean) as fans straight out of Casablanca slowly spun overhead.

The lounge itself is like Phyllis Diller’s fashion sense rendered as decor. The high-ceilinged space is filled with oversize faux Louis XIV furniture with maroon pleather cushions and is adorned with a schizophrenic panoply of discordant tchotchkes. Cave paintings. Plastic trees. A mounted deer’s head. A King Tut bust. A stuffed turtle. Enormous amethyst geodes mounted on pedestals (you can buy these, priced up to $17, 000). It’s like Seoul decided to hang out with Taos, and then Branson, Missouri, came by to say hello.

Nine saunas, each shaped like a giant igloo and boasting unique healing properties, flank the lounge. But these aren’t your standard spa spaces. There is the Amethyst Room, which is “protective in averting the mind from psychic attacks and transforming negative energy into that of positive and tranquil tenacity.” The Ocher Room has pure yellow soil; the color is achieved by baking the dirt for 100 hours at nearly 2, 000 degrees. The “patented” Base Rock Bath Room features the rare Japanese siraka stone, which, according to the spa, exists only in Japan and at the two King Spa locations and can cure cancer.

When the mood strikes, you simply walk into one of these rooms and sweat in silence. Exit, enter another, relax, repeat. My wife and I picked the Charcoal Room first. In the purplish gloom, we took up spots next to a group of past-middle-age Korean women who were kneeling in a semicircle, faces down, towels over their heads.

“Shhhh!” one of the women hissed, without looking up.

Shamed, I sat silently for a few minutes, perspiration streaming from every pore. Then, meekly, I got up and slinked out.

Soon it was time for my wife to get her body scrub—a treat I was denied because the male body scrubber was AWOL. (Fine by me.) She retreated to the women’s locker room, where there are several marble-clad hot tubs, a cold tub, and a steam sauna. After 45 minutes, she reappeared, walking—or was she gliding?—down the stairs. “It was amazing!” she gushed. “I feel like a new person!”

Here’s what my wife described: She shed her outfit and lay down on a massage table. A woman in black underwear used gloves made of rough nylon material to scrub her skin from head to toe, exploring every crevice, exfoliated bits of my wife’s former outer layer falling to the tile floor like a snake’s molt. Although the idea of being scraped like a dirty pan sounded hellish, I felt a little jealous. My wife looked completely blissed out.

Eventually, she went home, leaving me to experience staying overnight on my own. Why, you might ask, would anyone sleep here? Well, I was informed that entire families use the spa like a motel. It’s the cheapest staycation in Chicago.

Around 10 p.m., after a life-affirming dip in the tubs—which range in temperature from surface of the sun to one degree above freezing—and a delicious meal of spicy pork belly at the café, I suddenly felt dead tired and delirious from all the sweating. So I trudged upstairs to the “bedroom, ” a large space filled with about 50 leather recliners. I snagged a spot in the corner, but the accommodation was far from cozy: Basically, it was just like being at summer camp (loud snoring, hourly spasms of coughing), except my bunkmate was a 55-year-old man who smelled of kimchi.

I woke up at 4:30 a.m. feeling groggy yet surprisingly light limbed and invigorated. During the cab ride home, I tried to summon one last bit of tranquil tenacity. But, alas, all I could do was stagger upstairs and fall into bed.

This article appears in the issue of Chicago magazine. .
Source: www.chicagomag.com 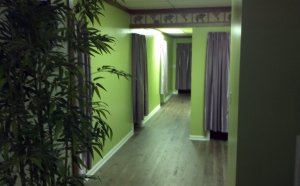 Not feeling so well, I headed home from work early today. I couldn’t get into the garage when I got there. Why? The police… 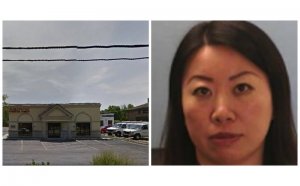 Once upon a time I was a naive teenager. I lived in a kingdom called Midwest suburbia and the summer before I left for college…