NEW YORK – At 36, Lucy Appert has suffered through two miscarriages, a stillbirth at 8 1/2 months and, because of a rare pregnancy-related liver dysfunction, intensive illness and surgery.

Yet after enduring five painful years of trying to have their own baby, Appert and her husband Edward finally saw their dream come true last month when their son Henry was born — premature, but healthy.

For all the fertility treatments, technologies and prenatal care available to women today, Appert credits the success of her pregnancy to an ancient Chinese secret.

"I recommend acupuncture (search) to everyone, " Appert said. "It does work. I did everything possible for years to have a baby. I almost lost hope."

The millennias-old Asian medical practice — in which the acupuncturist places tiny needles in various pressure points, or "Qi" (Chee), in the body to improve circulation and reduce stress — has been around in the United States for years as an "alternative" treatment for numerous ailments.

But recently, acupuncture has been picking up steam as a possible remedy for female infertility, with a handful of American and European studies showing that it enhances the success rate of in vitro fertilization (IVF) (search).

“Do I believe in it? Absolutely, ” said Dr. Paul C. Magarelli, an infertility doctor at the Reproductive Medicine & Fertility Center in Colorado Springs, Colo., and co-author of an ongoing study into the use of acupuncture with IVF with Dr. Diane K. Cridennda. Cridennda is a licensed acupuncturist with a master's degree in Oriental medicine from the International Institute of Chinese Medicine (search) who owns East Winds Acupuncture, also in Colorado Springs.

Magarelli said he joined the study at the urging of Cridennda, who had approached him about using acupuncture with IVF based on her knowledge of its history as an Eastern fertility treatment. A skeptic at first, Magarelli said he dismissed the idea for a while before signing on.

"I thought, this is rubbish — it can't be true, " Magarelli said. "But no matter how I look at this data, I see an improvement. I'm pretty much a convert."

In general, studies seem to indicate that doing acupuncture about 30 minutes before and after in vitro fertilization can increase the chance that the embryo will be implanted successfully and reduce the chance of miscarriage.

There are also indications that the effectiveness of the IVF drugs and procedure may improve if acupuncture is done about once a week in the month or two leading up to the start of IVF and then continued regularly — once or twice a week — during the whole cycle.

And, as in Appert's case, there is anecdotal evidence that acupuncture can help with other fertility and pregnancy problems. Appert didn't need IVF to conceive, but she was told she probably couldn't carry a healthy baby to term because of her liver disorder.

But some doctors caution that there is no "magic pill" for fertility, pregnancy and IVF troubles — whether it's acupuncture or something else.

"The jury is still out on that, " said Dr. Eric Surrey, president of the Society for Assisted Reproductive Technology (SART) (search), who has a practice at the Colorado Center for Reproductive Medicine. "I don't think we have good data to show that acupuncture before and after the embryo transfer is truly beneficial."

And they warn against making too much of claims that acupuncture can help with having babies.

"It's impossible to say at this point, " said Dr. Robert Schenken, president of the American Society for Reproductive Medicine (ASRM) (search), who has a practice at the University of Texas Health Science Center. "In the absence of any controlled data, I don't think we can come to a firm conclusion."

Acupuncture seems to help some women because it improves circulation to the ovaries (search) — which makes for healthier eggs — and to the uterus (search), which increases the chances that the lining will be strong enough to hold those eggs to full-term.

"Acupuncture provides better circulation and better blood flow to the womb, " said Dr. Raymond Chang, director of New York's Meridian Medical Group, who has been incorporating acupuncture into fertility treatments for the past decade. "It will give a better chance for the eggs to be nourished and therefore carried."

There's also the fact that acupuncture can be a stress-reliever during an emotional time.

"Trying to get pregnant is incredibly stressful, " said Victoria Koos, the acupuncturist who treated Appert at Yin and Tonic Acupuncture in New York. "They're crossing their fingers. The longer they're trying to get pregnant, the worse it gets ... Part of [acupuncture's success] is simply relaxation. When the body is relaxed, all systems function better."

The Colorado study Magarelli and Cridennda presented at a conference this fall is one of a series the pair have done with acupuncture and in vitro.

That one looked at 114 patients who had a good chance of IVF being effective, some who did acupuncture and some who didn’t. It found, among other things, that there were fewer miscarriages, more pregnancies and a 7 percent higher birth rate among those who got acupuncture treatment over those who didn’t, according to Magarelli.

It piggybacked off other research the team did on 147 “poor responders” to IVF, which found that the pregnancy rate was 40 percent, with 11 percent more babies born, among those who did acupuncture with in vitro fertilization compared to those who didn’t.

In March, Magarelli and Cridennda released findings in Italy involving patients with an average prognosis for IVF success. Those yielded clear numbers that the pregnancy rate increased with acupuncture by 24 percent, according to Magarelli.

“What got us was that now we were seeing a firm trend toward getting more people pregnant, ” he said.

The Colorado research seems to support some findings of two earlier studies, one in Germany by lead researcher Dr. Wolfgang E. Paulus — published in ASRM's “Fertility and Sterility” (search) in April 2002 — and one in Sweden by lead researcher Elisabet Stener-Victorin in the 1990s.

Of course, even those who believe in acupuncture concede that while the existing studies have yielded good information, there still isn't sufficient evidence, or a broad enough sample of patients tested, to call acupuncture a proven remedy.

"We are convinced, but scientifically you need proof — or so-called proof, " Chang said. "There is a whole set of proof from lab experiments and animal studies to human studies, but it's very difficult to do human studies."

Schenken noted that even though there might be one set of data showing positive results, "it really needs to be corroborated, preferably with several different studies and different patient populations." For example, there can be bias when the entire study sample comes from the same clinic, or when patients know they're doing something different from usual. 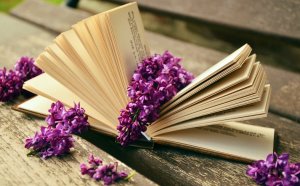