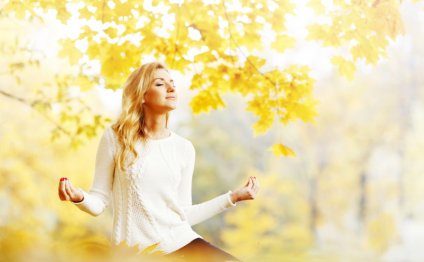 Can Acupuncture help with Depression? 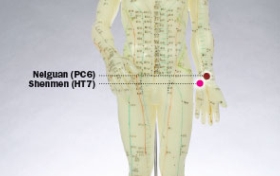 In acupuncture, a practitioner inserts needles into the skin at points of the body thought to correspond with specific organs (right). Western research suggests the needles may activate natural painkillers in the brain; in traditional Chinese medicine, the process is believed to improve functioning by correcting energy blocks or imbalances in the organs.

A study published last fall in the Journal of Alternative and Complementary Medicine found that electroacupuncture—in which a mild electric current is transmitted through the needles—was just as effective as fluoxetine (the generic name of Prozac) in reducing symptoms of depression. For six weeks, patients underwent either electroacupuncture five times weekly or a standard daily dose of fluoxetine. The researchers, the majority of whom specialize in traditional Chinese medicine, assessed participants' symptoms every two weeks and tracked their levels of glial cell line–derived neurotrophic factor (GDNF), a neuroprotective protein. Previous studies have found lower amounts of GDNF among patients with major depressive disorder, and in other research levels of the protein rose after treatment with antidepressant medication.

After six weeks, both groups showed a similar improvement in symptoms, and both treatments restored GDNF to a normal concentration. But the acupuncture began to work faster, reducing symptoms more dramatically at weeks two and four than the drug did. Among the patients who got better, a higher percentage of the acupuncture recipients showed “great improvement.”

Another study suggests that acupuncture may help with one particularly difficult aspect of depression treatment: the sexual side effects of some medications. Twelve weeks of acupuncture helped both men and women with several aspects of sexual functioning, according to the work, also in the Journal of Alternative and Complementary Medicine. These findings add to a growing body of research suggesting acupuncture may be useful for a variety of ailments, including chronic pain, anxiety and nausea. — Tori Rodriguez

Strong studies should include a convincing control group, account for the placebo effect and be properly blinded so that neither the clinicians nor the participants know whether they are taking part in real or sham treatment. The results should also be successfully replicated in labs at numerous locations. Acupuncture researchers have struggled to comply for several reasons.

Placebo effect: One major hurdle is crafting a good fake acupuncture technique to act as a control condition. The first study described above did not attempt to use a true control, so it is impossible to know whether the needle placement, the electric current or some other aspect of the treatment accounted for the results. Further, acupuncture is associated with a robust placebo effect—simply being seen and touched by a practitioner makes most people feel significantly better, which could make acupuncture seem more effective than it really is. On the flip side, this large placebo component can overshadow a small but real difference between the treatment and placebo groups, potentially masking acupuncture's true usefulness.

Blinding: Another concern is the difficulty in creating a double-blinded experiment. Observers and participants alike can skew the results when they know whether they are participating in a real treatment rather than a sham procedure. The acupuncturist involved would almost certainly know whether he or she is engaged in the real thing, and that knowledge could subtly alter the acupuncturist's behavior. The first study above was partially blinded, in that the doctors who evaluated the patients' symptoms did not know what treatment they had received.

Reporting bias: Several studies have shown a systematic bias in the medical literature. When researchers reviewed randomized controlled trials performed in China, Japan, Russia and Taiwan, they found that these studies almost always showed positive results for acupuncture. Studies in the rest of the world were much more likely to find no benefit. The bias is further compounded by the “file drawer problem, ” or the tendency to publish positive results but confine negative or inconclusive findings to the so-called file drawer. Overall the evidence for acupuncture's effectiveness has been ambiguous or outright contradictory, and most results have been difficult to reproduce.

Can QE Help With Depression?

Can Acupuncture Help with Weight Loss? Get the Answer

How Medical Electro-Acupuncture Can Help With Injury ...