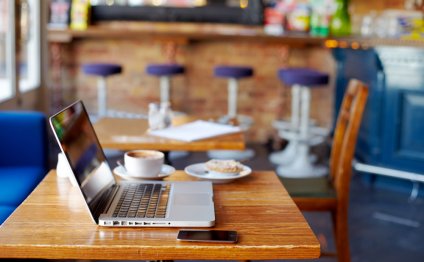 It wasn’t a moment of epiphany; neither was there a single straw to break the proverbial camel’s back. Rather, for Pauline Cole, there was a slow and steady realisation that she was in the wrong job.

After 15 years working within the IT industry, enough, she decided, was enough. Looking back she says: ‘I can’t believe I lasted that long.’ She’d tried various roles in the sector, including computer operator and support analyst team leader, as well as evaluating, developing and testing IT products. But it just wasn’t working. Job satisfaction was still elusive. It was time for a change.

Using her skills for the benefit of people rather than processes and finance felt like the best way forwards, so she decided to take a look at her IT career and at her social life to identify the things she enjoyed most. ‘I realised that problem-solving, lots of variety, meeting and helping lots of different people and communication were the key areas, coupled with an interest in sport and keeping fit and healthy.’

One subject that kept on cropping up and just wouldn’t go away was physiotherapy. Pauline had looked into studying physiotherapy before. ‘I came full circle really, ’ she observes. ‘I had actually thought about being a physio when I was at school, but by that time it was too late as I hadn’t studied the right subjects for A-level.’ She adds: ‘I wasn’t the most dedicated student at that age either. I think the careers advice was quite poor too.’ This time, though, she wasn’t so easily deterred.

‘I realised I had gained a number of skills from working in IT that were transferable to physiotherapy. For example, communication; liaison with customers (rather than patients), problem analysis, prioritisation and resolution would all be useful in my new chosen career.

‘It seemed such a way off though, and such a big change that it was only when I broke things down into smaller goals that it seemed to be achievable. A bit like functional rehab, I guess.’ Before making a final decision, Pauline tried accessing career advice again to see if there was anything else she hadn’t thought of. Unfortunately, she found the advice hadn’t improved much in the years since she left school.

‘I went to see a careers adviser and they asked me for a list of things I didn’t want to do – to work in an office, to manage people, things like that came up. Then at the end of it they suggested leisure centre management. I didn’t find it much help.’

Determined finally to go with her choice of physiotherapy, Pauline set about researching her options. She spoke to a neighbour who had been a physiotherapist for many years, and on the strength of CSP advice to get some experience before applying for a university course, she organised a week’s work experience at her local hospital, Northwick Park in north west London.

‘The staff were very friendly, informative and also supportive about physiotherapy as a career. This gave me some insight into the various specialties available. I learnt a lot in that week and used the information on my university application form and at interviews, ’ says Pauline.

A decision made, it was back to student life. ‘I started on my second set of A-levels when I was 33, ’ comments Pauline. These, in psychology and human biology, supplemented her existing A-levels in maths, chemistry and sociology, and were done over two years at evening classes.

Choosing the right university for her was of particular importance, as it can be for many mature students. ‘Location partly dictated my choice as I needed to be able to travel to college. I went to open days, talked to staff about how the course was structured and also to current students to find out how they felt about the course. Some universities were a lot more supportive and welcoming of mature students than others – but I won’t name any names. Hertfordshire had a good mix of school-leavers and mature students and we were able to learn from each other. I think the mix worked really well.’

Going back to university for the second time, but as a mature student this time round, was not all plain sailing. Many lifestyle changes had to be made. ‘What a shock to the system, ’ Pauline recalls. ‘I went out less and certainly didn’t need to buy business suits any more. The student bar was also very cheap.’

Juggling finances is tricky for all students, but life as a mature student can have extra responsibilities, which sometimes call for ingenious means to make ends meet. In her first year Pauline returned to her old job during the holidays, so she could pay her mortgage. ‘I also put my student loan on the stock market, ’ she admits. ’I thought it was the cheapest way to borrow, so I hedged my bets on stocks and shares and made a little bit of money. Not a recommended approach if you’re desperate for cash though.’

As well as getting used to the lack of money, Pauline had to face getting to grips again with ‘all that new learning’ which was, she concedes, exhausting. Assignment deadlines and being able to commit sufficient time to studying proved the major challenges. ‘I always left assignments to the last minute – as usual, ’ she says. ‘Also, I was moving from a career in which I was experienced to something completely new... so I became a novice again.’

However, being a mature student did have its advantages, especially when it came to meeting patients out on placement. Pauline’s previous career had given her strong communication skills, which she feels made it easier for her to relate to patients and understand their problems.

In addition, says Pauline, as a mature student: ‘You have the advantage of getting the confidence of a patient more quickly. You look like you have been doing the job a long time, even if you haven’t. That doesn’t mean that your skills are better, but you are halfway there if you have the patient on board.’

Pauline now works as an occupational health physiotherapist for Oxford Radcliffe trust, assessing and treating staff with work-related musculoskeletal disorders, as well as providing ergonomic training for staff, and for physiotherapy students at Oxford Brookes University. She’s a health and safety rep and is on the trust’s health and safety committee. There are also opportunities to get involved at a more strategic level in the trust, which interest Pauline.

‘I chose to specialise in occupational health because I saw so many people in outpatients having problems managing work. I was interested in what was happening and what more could be done to help them. Working in occupational health gives me a chance to look at the workplace too. By undertaking ergonomic assessments

I can make recommendations aimed at improving the work environment as well. Combining this with physiotherapy intervention should help maximise patient outcomes. By seeing patients in the early acute stages there’s also a better chance of preventing their problems from becoming chronic.’

Although a reluctant student during her teenage years, Pauline has now got the education bug and is studying for an MSc in health ergonomics at the University of Surrey. Her dissertation, which she hopes to complete this year, is looking at the ergonomic considerations made, if any, when staff purchase equipment within the NHS.

Looking back at her two careers and how one led to the other, Pauline says: ‘There are some big similarities between physiotherapy and IT, where part of my role involved communicating with people to understand their problems and help them to solve them.’ 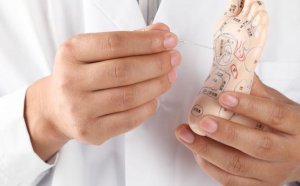 Acupuncture is a 3, -year-old healing technique of Traditional Chinese Medicine. In 1997, the U.S. National Institutes of…