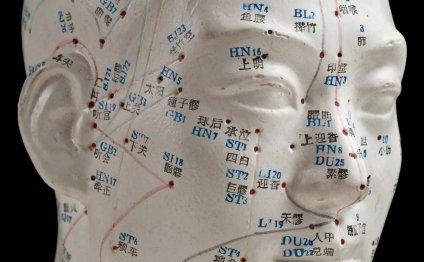 Does acupuncture really work? What’s it like to have a bunch of needles stuck in you? Health magazine editors Camille Chatterjee and Ellen Seidman recently started getting treatments to alleviate pain. Camille has gotten a couple of sessions for tendinitis in her elbow, and Ellen has an achy left shoulder that’s simultaneously being treated by a physical therapist. The two of them share their experiences going under the needle.

Yeah, you feel it

Camille: I was surprised to feel a little twinge or tingle in some places where a needle was placed. The first time I got acupuncture, the practitioner actually hooked the needles up to a little machine that purposely stimulated them—and, by association, certain trigger points.

Ellen: Hey, I’m going to ask about that little machine! Like Camille, I thought the process would be painless. The insertion of needles doesn’t usually hurt—but on occasion, I’ve felt it go in. And at times, when I’ve felt a serious ache in muscles, the practitioner has adjusted the needle so it doesn’t hurt.

And it’s a little weird

Ellen: I decided to take a selfie while I was lying on the table with a needle in my forehead—I thought it would look cool. As it turns out, it falls under “Stuff I wish I hadn’t done” because it made me cringe to see a needle smack in the middle of the forehead.

Camille: I once had the practitioner take a pic of my needles too—guess there’s a reason we’re health editors! I am not afraid of needles, at all, but I have to admit that I don’t like staring at a bunch of them in my skin. So I just look away. I’ve had some bruising in my arm afterward; nothing alarming, since I tend to bruise easily, but I had to deal with a week of people asking, “What’s that?”

The needles aren’t the ones you’re thinking of

Ellen: These are not those long needles you’re used to for doctor office shots. They’re more similar to needles used for sewing, but without the heads, and they’re skinnier. They come tucked inside plastic tubes; the practitioner places them on key spots and taps them into your skin.

Ellen: I thought the needles would be inserted into my left shoulder, where it hurts. While that is a possibility down the road, the practitioner ended up focusing on my right ankle and calf.

So does acupuncture in the menopause help or not?

Acupuncture Does Help With Your Migraines and Headaches

How Does Acupuncture Help Women Going Through Menopause? 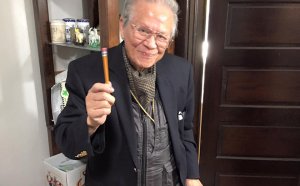