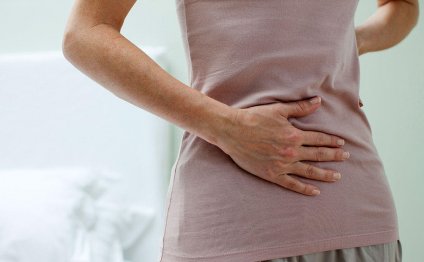 In addition, acupuncture has also been deemed effective as a means of stress reduction, and at addressing related problems that are often triggers for IBS symptoms, such as:

What is acupuncture?
Acupuncture, like Tai Chi, is one of the ancient forms of traditional Chinese healing arts. Unlike Tai Chi, however, acupuncture is not a self-directed therapy, whereby a person balances his or her own body's chi (energy or life force). Acupuncture is instead a treatment administered to a patient by a trained practitioner, who balances the body's chi by stimulating areas (acupuncture points) along the primary meridians, or channels, through which chi flows. These meridians run deep within the body and regulate all physical and mental processes, surfacing at the various acupoints. Acupuncture is the stimulation or sedation of these acupoints in order to balance the body's flow of chi.

The traditional Chinese perspective on acupuncture reflects the belief that the body is a complex and holistic physical/mental/emotional/spiritual system, balanced between health and sickness in a constantly changing flow of energy. According to this viewpoint, imbalances in this natural energy flow are thought to cause disease. Acupuncture, frequently in conjunction with the use of Chinese herbal and/or food medicine, restores health by balancing and improving the flow of chi, restoring proper function of muscles, nerves, vessels, glands, and organs.

An acupuncture treatment will strengthen the flow of chi or remove blockages in the meridians via the insertion of very thin, flexible acupuncture needles, from a depth of just beneath the skin to about an inch, at various acupoints along the meridians. (Please note that it's important to ask and verify that your acupuncturist works solely with single-use, sterile, disposable needles, as one of the only real (though rare) risks of acupuncture is infection or transmission of contagious diseases, such as Hepatitis B, at the puncture site.)

Thousands of these points exist in the body, and each one is associated with a specific internal organ or organ system. As the acupuncture needles are inserted into the acupoints the patient may feel nothing, or a sensation of tingling, aching, warmth, or heaviness. Most people report no pain from the needles, just an odd or unusual physical sensation that is different but not unpleasant. From one to twenty needles may be used in a single treatment session, and often the needles are stimulated after insertion by being twisted or heated with a moxibustion stick of smoldering herbs. This will heighten the sensation of chi. Most individual sessions lasts anywhere from about 5 to 60 minutes, depending on the condition being treated as well as the patient's response to the acupuncture. Typically the needles remain in place for twenty to forty minutes.

The number and frequency of treatments will vary with both the practitioner and the illness being addressed, but may range from a single session to several appointments a week, possibly over a period of several months. In general, for pain relief, six sessions should result in measurable results, [2] and if relief is not obtained after ten sessions the treatment should be deemed ineffective. A credible acupuncturist will recognize treatment failure and will not recommend a continuation of therapy. Treatments often become less frequent over time as the condition subsides, though maintenance sessions may be indicated at various intervals. If your condition is chronic and has been for a long period of time (not exactly unheard of for IBS), you may require regularly scheduled treatments over several months.

Acupuncture clinical studies and IBS
At least one study has directly investigated the use of acupuncture versus relaxation therapy in IBS patients.[5] This research found that patients' quality-of-life and gastrointestinal symptom scores were equally improved in both groups, with a statistically significant reduction in abdominal pain. However, when the patients were followed for a 4-week period post-trial period, only in the acupuncture group did pain reduction persist. Furthermore, a significant reduction in stress perception was also observed in the acupuncture group, but not in the relaxation group. The conclusion drawn was that acupuncture is an effective form of treatment for IBS, particularly the pain and stress symptoms, and that its benefits exceed those of standard relaxation treatment.

While it is unquestionable that acupuncture can provide significant pain relief and help minimize other symptoms of IBS as well, from a Western medical standpoint (though certainly not from the traditional Chinese medicine point of view) no one quite knows how or why this is true. From the Western viewpoint, it may be that acupuncture affects the nervous system by stimulating the release of endorphins, naturally produced chemicals in the body that block pain signals in the brain and spinal cord. Research has shown that acupuncture results in changes in the conduction of electromagnetic signals in the brain, an alteration of blood circulation within the brain that increases blood flow to the thalamus (the area associated with relaying pain and other sensory impulses), and measurable differences in the brain's output of neurotransmitters such as serotonin, norepinephrine, and of inflammation-causing substances such as prostaglandins.

Why these changes occur is still considered a mystery by doctors and scientists who do not hold with the Chinese concept of chi. However, if you're suffering from chronic pain and associated diarrhea or constipation as a result of IBS, odds are you don't care why acupuncture works  just that it does work. It's the end result that counts here, not the underlying reasons for success.

On a related note, you've probably noticed by now that many of the most effective treatments for IBS, from meditation to Tai Chi to acupuncture...