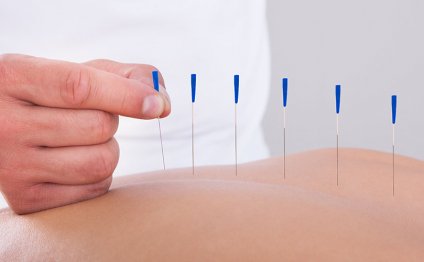 Applies needles, heat, pressure, and other treatments to certain places on the skin, called (or acupoints), to cause a change in the physical functions of the body. The use of acupuncture is part of (TCM). TCM is a medical system that has been used for thousands of years to prevent, , and treat disease.

Acupuncture is based on the belief that (vital energy) flows through the body along a network of paths, called . Qi is said to affect a person’s, emotional, mental, and physical . According to TCM, qi has two forces. Yin and yang are opposite forces that work together to form a whole. The forces of yin and yang depend on each other and are made from each other in an unending cycle, such as hot and cold, day and night, and health and disease. Nothing is ever all yin or all yang, both exist in all things, including people. Many of the major of the body are believed to be yin-yang pairs that must be in balance to be healthy. When a person's yin and yang are not in balance, qi can become blocked. Blocked qi causes pain, illness, or other health problems. TCM uses acupuncture, , , , physical exercise, and massage to restore health by unblocking qi and correcting the balance of yin and yang within the person.

Most in the United States practice acupuncture according to the traditions of Chinese . However, there are other types of acupuncture, including some used for medical treatment, that have different theories about meridians and acupoint locations.

The oldest known medical book in China (second century BC) describes the use of needles to treat medical problems. The use of the treatment spread to other Asian countries and to other regions of the world, including to Europe by the 1700s. In the United States, acupuncture has been used for about 200 years.

Research on acupuncture began in the United States in 1976. Twenty years later, the (FDA) approved the as a . Many illnesses are treated with acupuncture. In treatment, its main use is to control, including the following:

For cancer patients, acupuncture is used as, which is treatment given in addition to .

According to TCM, qi can be unblocked by using acupuncture at certain places on the skin, called acupoints. Acupoints are places where the meridians come to the surface of the body. There are more than 360 acupoints on the human body, with specific acupoints for each condition being treated.

Acupuncture may cause physical responses in, the, and parts of the brain. These responses can cause the body to release, , and brain chemicals that control a number of body functions. It is proposed that, in this way, acupuncture affects and body temperature, boosts activity, and causes the body's natural painkillers, such as, to be released.

The acupuncture method most well-known uses needles. Disposable, stainless steel needles that are slightly thicker than a human hair are inserted into the skin at acupoints. The acupuncture determines the correct acupoints to use for the problem being treated. The inserted needles may be twirled, moved up and down at different speeds and depths, heated, or charged with a weak electric current. There are other acupuncture methods that do not use needles.

Some acupuncture techniques include the following:

Patients may have a feeling during acupuncture, known as, making them feel heaviness, numbness, or tingling.

In 1997, the (NIH) began evaluating the safety and effectiveness of acupuncture as a complementary therapy for relieving cancer-related symptoms and side effects of cancer treatments.

Studies of acupuncture in cancer care also have been done in China and other countries, including England, France, Australia, Japan, and Sweden.